On Sunday, Zaira Wasim, an 18-year-old Kashmiri Muslim Bollywood actress, caused a stir in India by announcing her decision to “disassociate” from the film industry. The actor took to Instagram, Facebook, and Twitter to declare that while the five years of being in the industry had brought her a “lot of love, support and applause”, it had also led her to a “path of ignorance” as she had transitioned out of “Emaan” (faith) and her relationship with her religion.

Her post, while vague in terms of expressing her particular experience, makes reference to a number of Quranic teachings and Islamic injunctions to reject worldly desires, and to remember the “purpose of our creation”.

Zaira Wasim came to prominence after her role as a child wrestler in one of the highest grossing Indian films worldwide, Dangal. She later starred in her own film, Secret Superstar, and in the film, The Sky is Pink, which will be released in October this year. She has received a number of awards, including “Best Supporting Actress” in the 2017 National Film Awards. 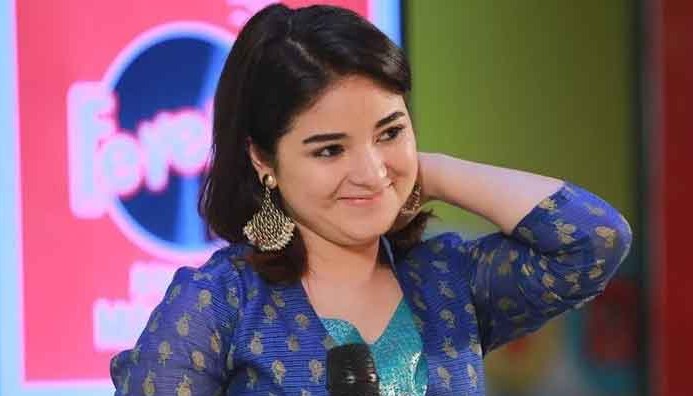 However, Zaira’s time in Bollywood has not been without controversy. Some Muslims disapproved of her acting on religious grounds. In her native Kashmir, however, many were less concerned with a young girl acting, as they were with her participation in an industry that is seen as being aligned with Indian national interests; Islamophobic, and misrepresentative of the Kashmiri struggle against Indian rule. Bollywood celebrities came to her defense, and Wasim was lauded as a role model of integration for Kashmiri youth, a nomenclature that Wasim herself resisted at the time.

Five years later, as Wasim has decided to leave Bollywood, the announcement has unleashed countless reactions both on social media and in Indian newsrooms. Many Muslims, especially in Kashmir, have lauded her decision to leave the industry, praising the difficult step she has taken to step away from a life of fame and wealth. In India, however, prominent figures across ideological lines have taken to social media to criticize her decision.

We may never know what experiences, intrigues, or level of trauma lies behind Zaira Wasim’s decision and the subsequent announcement. In addition, it is possible she may change her mind in the future. What has stood out for me throughout this entire episode instead has been the convergence of liberal feminist and right-wing Hindu nationalism in handling her touted reasons for calling it a day from the film industry?

The offense was not that she quit Bollywood, but the fact that she espoused Islamic reasons for doing so, and that she had done so openly. Religious minorities in India need to refrain from the offense of being public with their faith. On the other hand, the public espousal of the Hindu faith, especially among actors, is rewarded.

Whereas right-wing trolls described her decision a result of indoctrination and radicalization and that she would instead take up stone pelting or jihad, liberal feminists expressed disbelief at the prospect of a young female actor choosing a more modest life over stardom and more spuriously, that the decision could have come on her own.

For instance, Bollywood actress, Raveena Tandon described Zaira’s views as “regressive” while prominent journalists, including the self-proclaimed feminist Barkha Dutt, said she was “deeply disturbed at the indoctrination of religious conservatism – any religion – in that choice being made. Thus, the choice is sometimes a complicated word. For women, especially.”

Likewise, former Washington Post India correspondent Rama Lakshmi wrote: “All religions fill your head with spurious notions of pure/impure. When you have a modern constitution, why do you turn to ancient religious texts to define morality.” 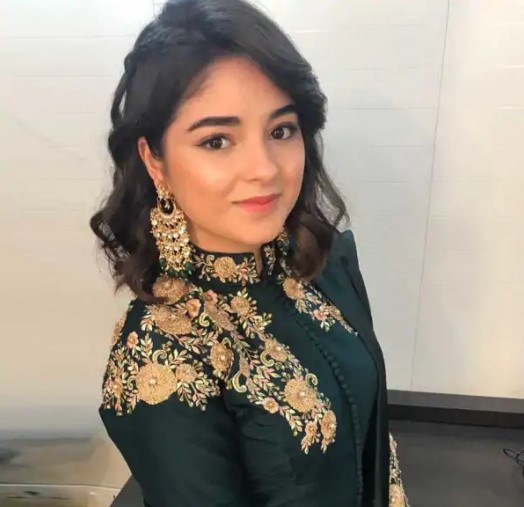 The choice is a complicated word, but only, it appears, when it comes to the actions of Muslim women. As the late anthropologist Saba Mahmood noted in her groundbreaking work, The Politics of Piety, Muslim women’s choice or agency is only valued in liberalism (and in this case, Hindu nationalism) when it subverts or resists particular norms – not when it adheres to religious norms.

The “complications” of choice do not apply to women who are forced to deal with the expectations of an industry that has its own norms of how women should look, act and behave for the public gaze. Instead, this is seen as liberation, an exercise of a woman’s complete agency. “Choice” or “agency” is simply not granted to women who opt out of this system, women who reject the cultural praxis that defines secular liberal modernity, even after having undergone its violence. In the liberal order, they have instead undergone a regressive radicalization.

Bollywood is certainly not a reputable industry. It is ensnared by nepotism, rampant sexual harassment, and drug and alcohol abuse. It thrives on jingoism (as seen in the most recent incident over the Pulwama attacks), materialism, and scandal.

When it comes to the role of women, Bollywood is also hardly a source of female empowerment, a modern Constitution notwithstanding. Actresses have literally paraded around as “item numbers” and as with general celebrity culture, pressured to fit normative bodily ideals. Female stars are routinely harassed to lose weight in order to remain relevant. Marriage is often a death sentence for women in lead roles.

A number of stars, including Deepika Padukone and Wasim herself in 2018, have gone public with their struggle with depression and anxiety.

Research has also identified significant gender bias, stereotyping, and acts of sexual violence against women in Bollywood films, and the effect they have on how people behave in real life, including the phenomenon of eve teasing.

With this in mind, why is it so difficult for people to accept the kinds of struggles that led to Wasim’s decision, especially given the young age in which she entered the industry? Why is Wasim’s choice to leave considered regressive, but not an industry that is sexist and patriarchal, thriving on the objectification of women? Furthermore, why is criticism directed towards an 18-year-old Muslim actress, and not the countless Bollywood stars that have cozied up to the Hindu nationalist government of Narendra Modi, under whose watch lynching of Muslims in India has become rampant? Besides a handful of notable exceptions, where is the outrage over the actual radicalization of the Indian public? If liberal journalists like Lakshmi and Dutt cast aspersions on the legitimate and constitutionally protected beliefs of others, it is little wonder that the Muslim polity in India can be treated with disdain.

It is not as if leaving the industry is without precedent. When actor Tanushree Dutta went public with her experiences of sexual harassment in Bollywood she was lauded for bravery. She is also among the few who have stepped out of the shadows to support Zaira Wasim. 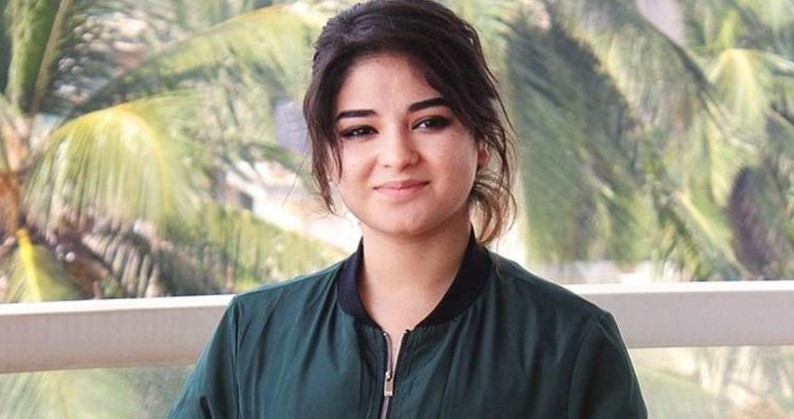 In addition, no such attention was directed towards India’s enthusiastic celebration of yoga, a practice that we cannot deny is tied to the Hindu religion and crucially, has become the embodiment of Modi’s India. Bollywood stars took to their social media to celebrate International Yoga Day on June 21. Interestingly, the practice calls for disassociation from this world, cultivation towards a higher purpose and spiritual development, something Wasim herself felt that she needed, but expressed through an Islamic lens. It appears the desire for spiritual development is only lauded when Islam or Muslims are not involved.

The irony is that in a world that is so obsessed with a Muslim woman’s agency, when Muslim women do express that agency in ways that do not seek to disparage or distance themselves from their religious faith, they are deemed to have undergone indoctrination or radicalization.

What the response to Wasim reveals once more is that one has to absolve oneself of any sense of Muslim-ness to be accepted into the odd terrain of secular and Hindutva fascism that undergirds contemporary India.

And while the attention has been on Wasim, perhaps the limelight should be on Bollywood and why an 18-year-old Muslim woman from a conflict zone on the cusp of superstardom would choose to step away from its clutches. 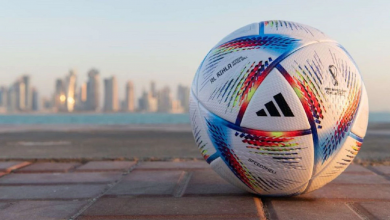 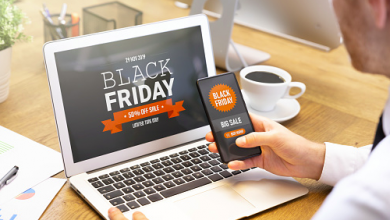 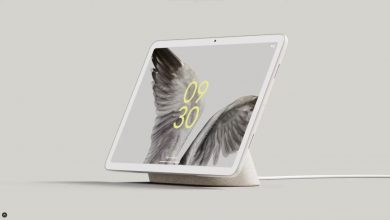 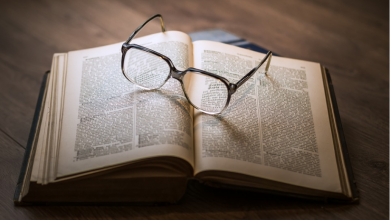