Android emulators bring the popular smartphone operating system to your PC. So you can easily use your favorite apps and games on a Windows computer. We introduce the best Android emulator for PC. 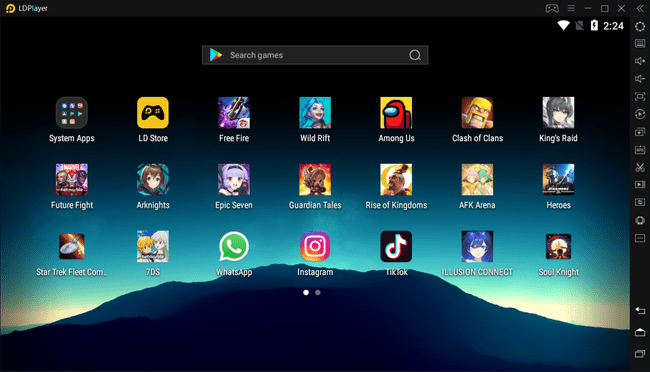 There are many emulators that you can use to simulate an Android system on Windows. But the more well-known software tools, in particular, have disadvantages:

Fortunately, there is still some best android emulator for PC that allows you to use Android apps and games on Windows with little effort. We introduce you to the three simple and free emulators MEmu, Genymotion, and NoxPlayer in more detail.

MEmu Emulator: free and easy to use

With the Android emulator MEmu from Microvirt, you can run apps and games from the Play Store supplied, as well as external APKs, on your Windows PC. Games are easy to control with the mouse and keyboard, which gives you an advantage over your opponents.

The emulator offers a tool to set keyboard shortcuts. This allows the typical Android inputs to be simulated, for example swiping across the display, tilting the smartphone, or tapping the screen. In MEmu you can take screenshots of your games and apps at the push of a button.

With the free MEmu-Android emulator, you can turn your computer into an Android device and use games or apps on the desktop. The program offers you an Android interface, as you are used to from most Android smartphones and tablets. There is also a control bar that makes it easier to use the emulator. There you will find basic functions, such as the volume control, a button for rotating the screen, and one for shaking the device. A shortcut is also available for screenshots and for installing external APKs.

The MEmu emulator: smartphone feeling on the PC

Probably the most important tool for game fans is the function with which you can set keyboard combinations. Typical Android inputs such as swiping across the display, tilting the cell phone, or tapping the display can be replaced by key combinations or mouse inputs.

The operation of the emulator is quite simple and clearly arranged, if necessary you can also be instructed at the beginning of the “MEmu manual” on the start page. The animations and games ran smoothly in our checks, but this can vary from device to device. 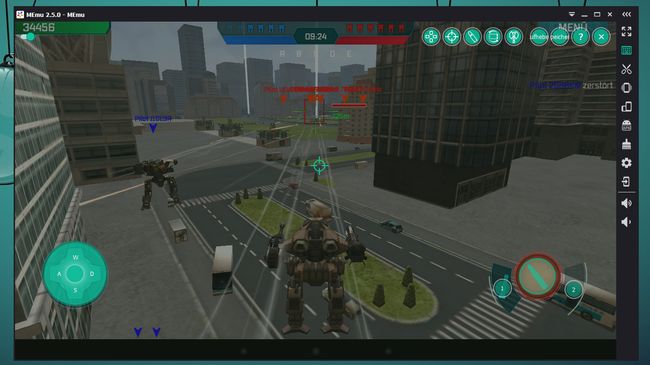 As you can see here in the example of “Walking War Robots”, you can set up normal smartphone first-person shooters so that you can operate them with a mouse and keyboard. MEmu offers you the right functions for this, all you have to do is set the crosshairs, adjust the control cross, position the shot button correctly and you can play a smartphone game as if it were made for the computer. This gives you a great advantage over your opponents.

Genymotion is a sophisticated Android emulator for Windows-based on VirtualBox, which can convince itself with its relatively high speed. The emulator is primarily aimed at developers who can use it to test and demonstrate their apps, but the installation is also worthwhile for private users. In the paid version, virtual Android devices are even possible in the cloud.

Genymotion lets you try Android even if you don’t otherwise use an Android device. Since Android games run at a good speed here, you can sometimes install games for free that would otherwise cost money on a PC.

Genymotion is a sophisticated Android emulator for Windows-based on VirtualBox, which is particularly impressive with its high speed. The emulator is primarily aimed at developers who can use it to test and demonstrate their apps, but the installation is also worthwhile for private users.

Unlike the emulator included in the Android SDK, which laboriously emulates an ARM processor, Genymotion uses the common x86 architecture – this ensures high speed. You can even play complex Android games conveniently on your PC.

Another advantage of Genymotion: the setup is a real breeze. 20 preconfigured devices are on board, including the Nexus 4, Nexus 7, Galaxy S4, HTC One, and Xperia Z. Often there are different operating system versions.

Genymotion is free in the basic version. Two paid licenses are aimed at professional users and cost 100 or 300 euros per year and user. Screencasts are also possible, for example, and there are also functions for testing the acceleration sensor.

If you also install the Android SDK on your computer, you can use additional functions via ADB and, for example, drag and drop files into the emulator.

The easiest way to get APK files for the installation is to use the APK Downloader directly from the Play Store. Unfortunately, this doesn’t work with all apps and games.

The NoxPlayer emulates an Android that allows you to easily play your favorite games from your smartphone on your PC. You can install and run apps from the Play Store as well as APK apps. The NoxPlayer ensures smooth gameplay and can even run on computers with Windows XP.

The program can use the location function to simulate any location for the apps. If you want to record videos from the apps, you can rely on the integrated screencast function.

“Nox App Player” is a free Android emulator that lets you use apps easily on a Windows PC.
There is now a large selection of useful Android apps and exciting games in the Google Play Store that are not available natively for Windows. With the “Nox App Player”, which you can download for free, you can use all apps directly on your PC.

The software emulates an Android tablet with Android 7.1.2 installed, on which you can install and run all apps from the Play Store as well as APK apps. “Nox App Player” also offers other features: With the screencast function you can record videos of the apps and with the location function you can fool the apps into any GPS location.

Our three software recommendations not only allow apps and games programmed for Android to be run on Windows. They also often run faster and are easier to use than on a smartphone.

The emulators are not suitable for augmented reality games and apps (such as Pokemon Go and Ingress). Even applications that require the phone number of the SIM card will not give you any pleasure. Nevertheless, the sophisticated Android emulators ensure a lot of fun under Windows.

5 Mistakes to Avoid Before Launching Your Site

The Web Design Process You Should Apply on Your Nonprofit Today 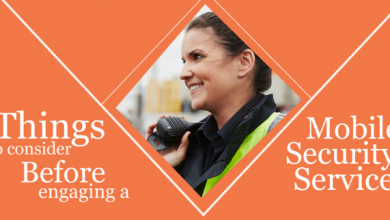 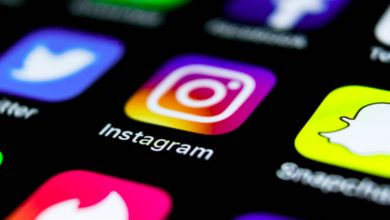 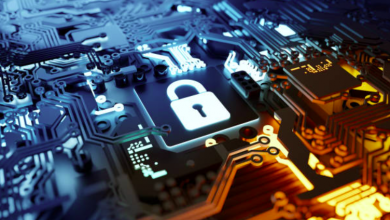 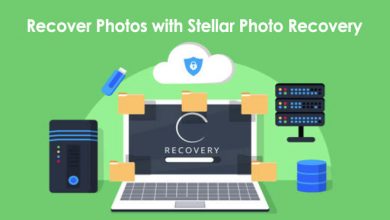